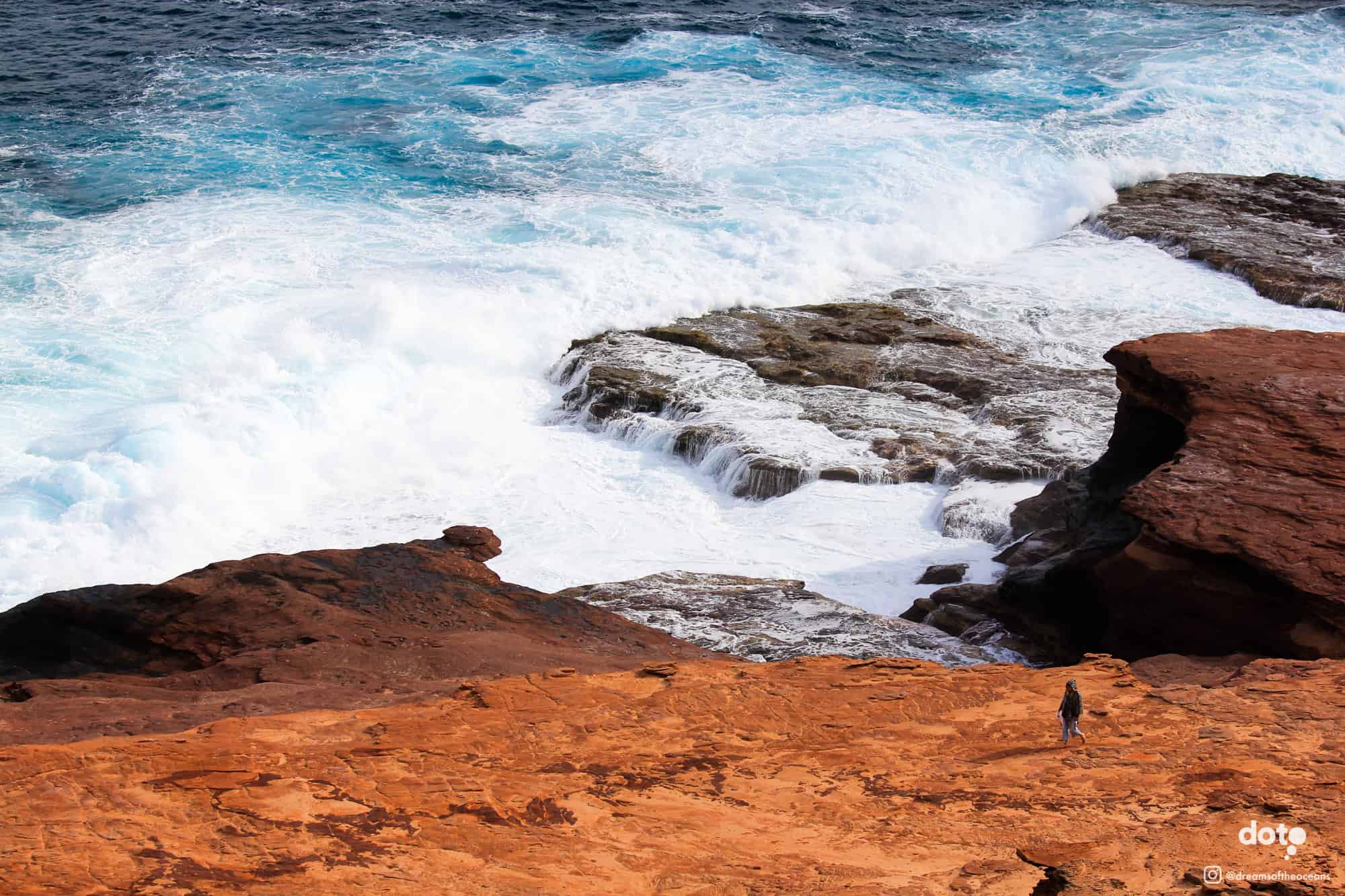 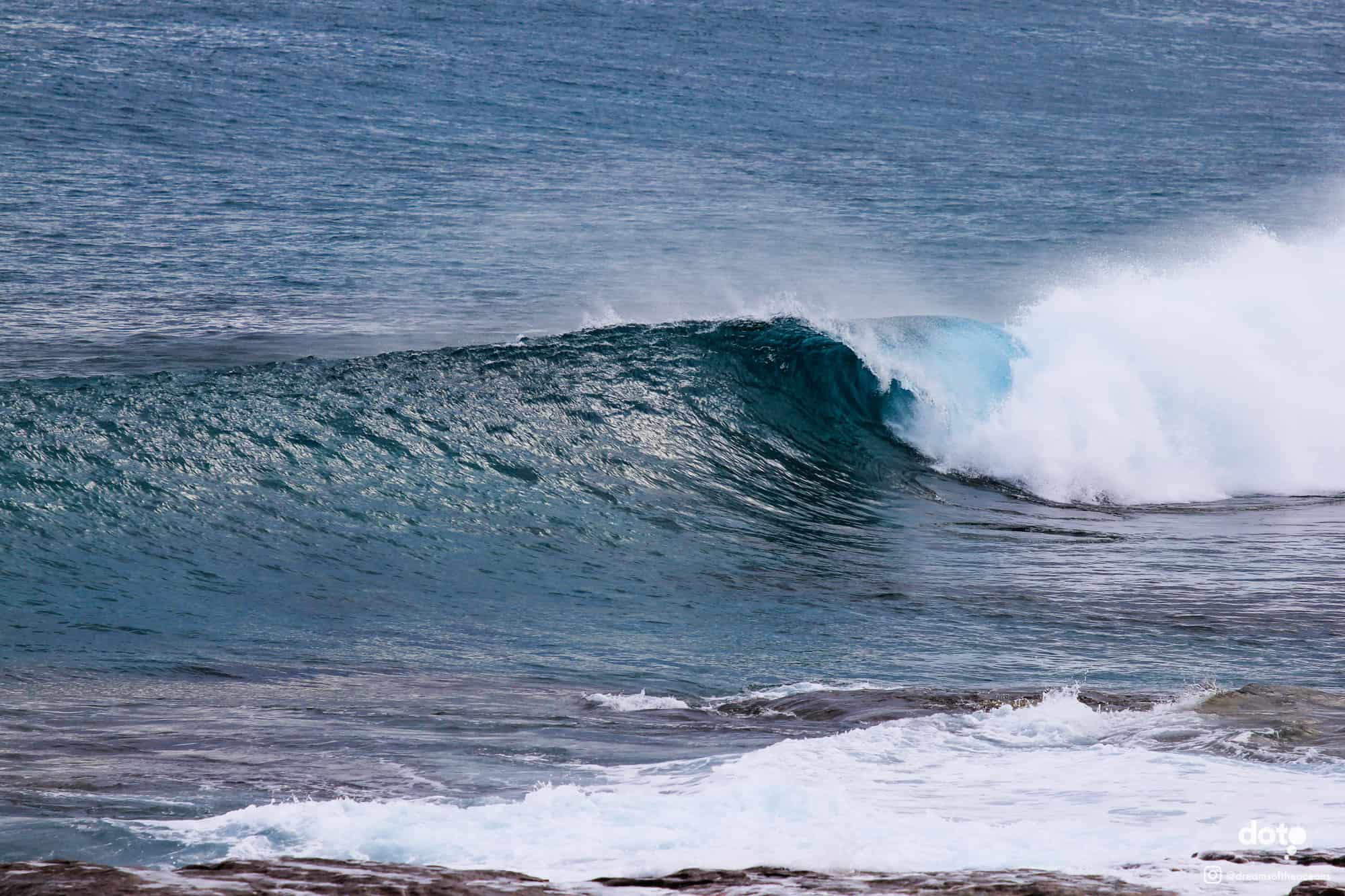 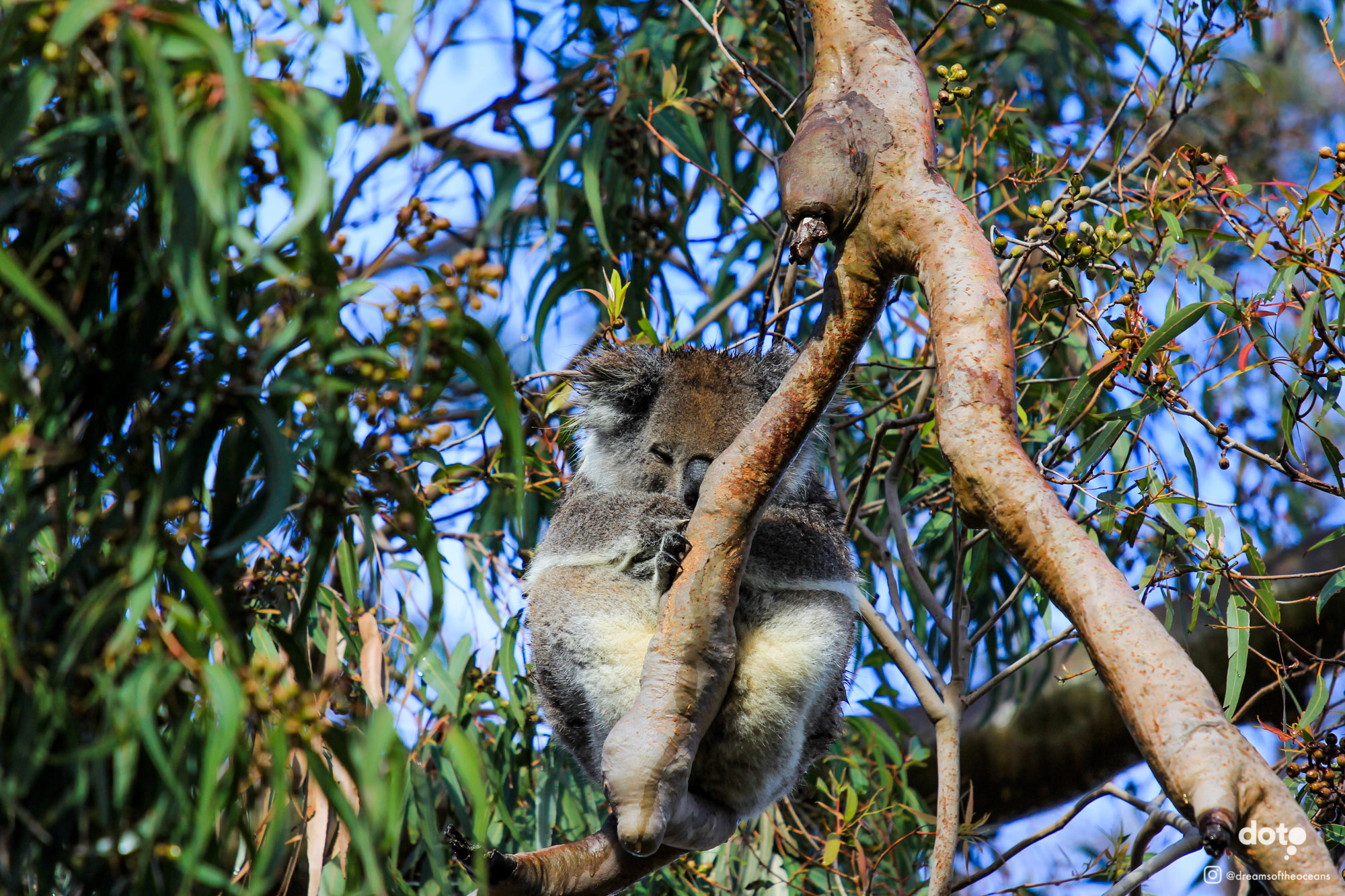 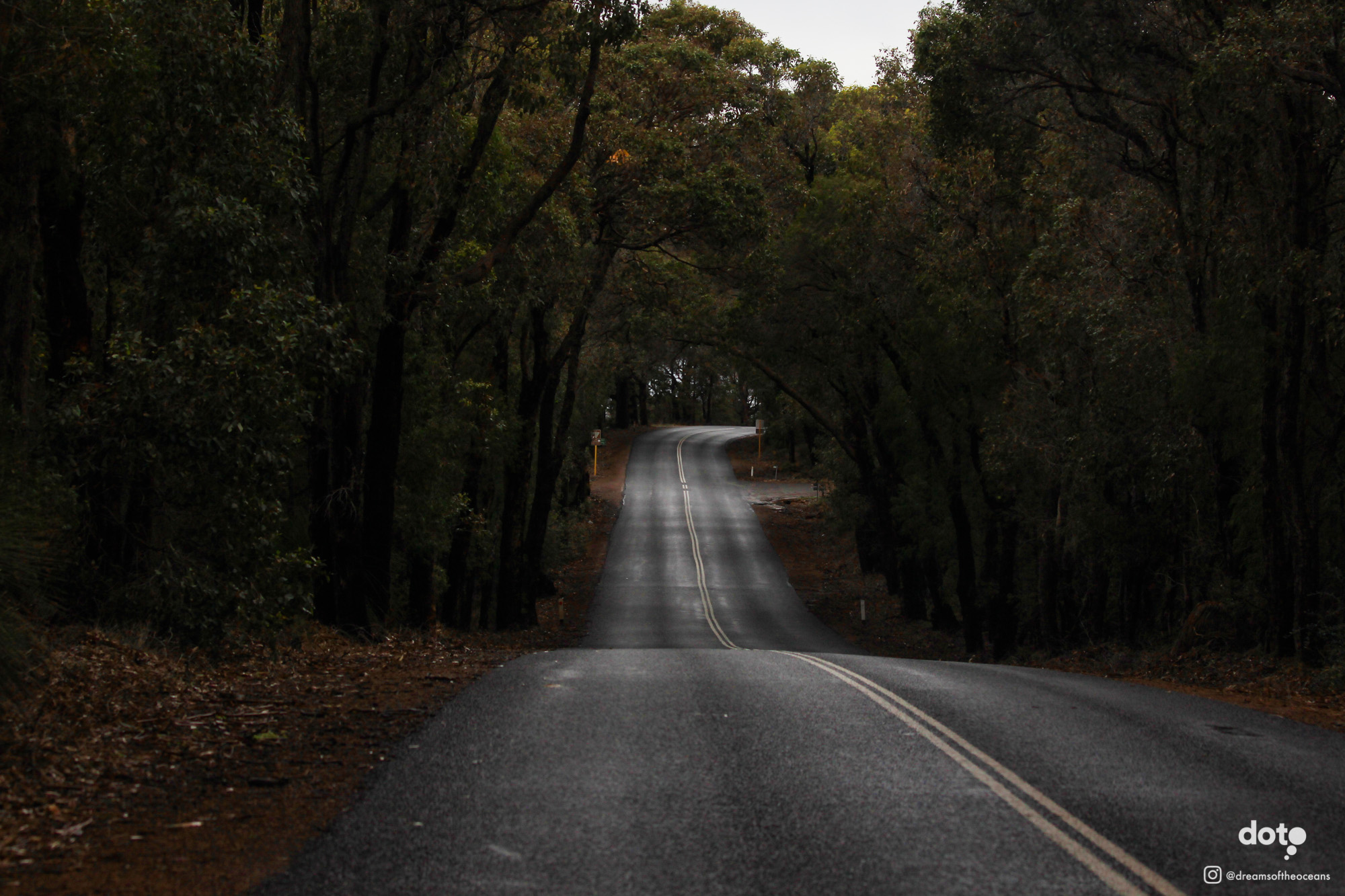 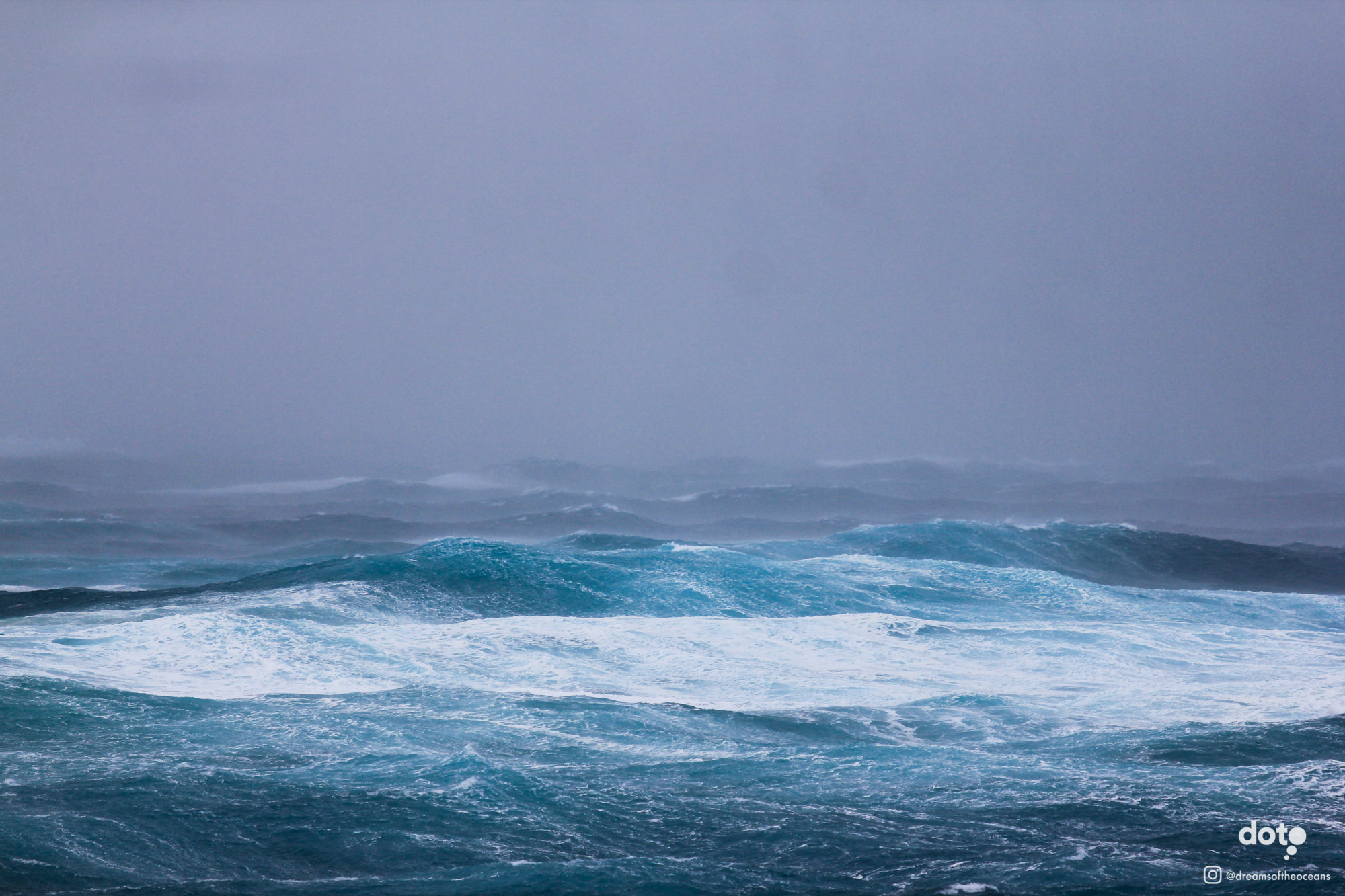 The morning after our visit to Natures Window we had a look at the epic surf break Jakes Left in Kalbarri and after breakfasting on tasty toasties made in our camper van we went for a walk along the dramatic coastline. The cliffs were very similar to the rocks we had seen around Natures Window, and the vast ocean created a nice contrast against the red layered rock.

We had a long drive ahead of us and remembering the straight, straight, straight roads we had driven on on the way up we were slightly apprehensive to start the drive. But with the help of our audio book (The Way of Kings) it all went very smoothly.

We stopped in Geraldton again to stock up and head in to the store where Linus bought a pair of track suit pants on our way up to Exmouth. The guy at the counter forgot to remove the ink alarm from them and Linus was very happy to finally get rid of it and stop looking like he was walking around in stolen goods. 🙂

We made another visit to Piper Lane, the lovely café we visited on our way up, and with our coffees topped up we started our drive to Moore River, a surprisingly cosy rest stop a few hours south of Geraldton and where we would spend the night.

We went up really early the following day to start our final stretch to Margaret River and as we turned off the highway in search of a petrol station we saw a sign for Yanchep National Park and after reading that the park holds a Koala population it was an obvious choice to make a stop in the park after sorting out our petrol shortage. Koalas are not native to WA, but this population has been given a haven here and you can easily spot them along the boardwalk in the park. They are such adorable creatures and probably the most drowsy animals we’ve ever seen and every small movement was followed by a massive yawn, a slow scratch and then back to sleep again. The park also holds a big mob of kangaroos and we saw plenty of them as we walked around the park before continuing our drive.

Driving through Perth was a slight shock after driving on the quiet roads up north, but we soon forgot about that as we approached Margaret River and the rolling hills and vineyards started to appear. Tyler had given us a tip to check out Cave Road that runs north to south through the area, a windy road through dense forest that is littered with vineyards. It was a stark contrast to the open fields of north WA and absolutely beautiful.

We had managed to time our visit with what apparently was the worst storm they’ve had all winter and with the ocean promising massive stormy swells we headed towards the Margaret River main break, a special moment for Linus as this is a spot on the World Surf Tour that holds some of the biggest swells on the tour. The main break was kind of working in the big and stormy conditions but the only surfers we saw in the water were a bit further down the coast towards the river mouth. At first it looked like the waves were smaller and a bit more manageable there, but when we saw the surfers compared to the waves we realised that the wave faces were 3-4m and conditions still super heavy even in this sheltered spot. So we were pretty happy just watching the spectacle and it felt really special to see the raw power of the ocean as the storm that travelled from Antarctic waters hit the coast.

Attempting to get to our camp site a bit earlier than we usually do, that is to say not arriving just in time to hurriedly grab a drink and watch the last moments of the sunset, we set off towards our campsite for the night, a sheep farm called Big Valley. We stopped at a bottle shop on the way and got a clean skin wine for a few dollars. These bargain wines are usually high quality but for different reasons sold unbranded and only display what grape the wine is made from. We arrived at our campsite only to realize that we had no cheese!! – a completely unacceptable situation considering that we were in gourmet country, so we set off towards the town again and arrived at the campsite cheese in hand as usual – just in time for sunset. 🙂

The storm got worse the next day and with 80km/hour winds in our camper van sails we started our drive towards Augusta. As we were driving we could feel the wind rocking our camper van which made us a bit nervous and before heading out the coast we double checked what wind strength it could take but luckily it could take almost double so reassured we continued out the coast. As we visited the Cape Leuwin lighthouse in Augusta and revisited the surf break at Margaret River we went to the day before we were almost blown away and it was powerful to watch the 20ft (7m) waves that crashed on to the shore line. Very few times have we felt sucha raw power in nature, the storm around us, giant surf and the fact the area is known for its Great White Shark population we felt pretty small in this untamed corner of the world. As the wind was accompanied by on and off heavy showers we spent most of the day in the camper van driving around in the area which was beautiful despite the somewhat gloomy weather.

We had decided to camp at Big Valley for another night and the second night turned out to be much colder. Our camper van had pretty much 0 insulation which means if its 5 degrees outside, it’s going to be 5 degrees inside. It felt like living in a refrigerator and we had to heat our Brie cheese over the pasta water for it to soften and Malin put her wine in the microwave to bring out the flavors – probably a massive no no, but it worked! 😀