Dragons are real and they live in Australia 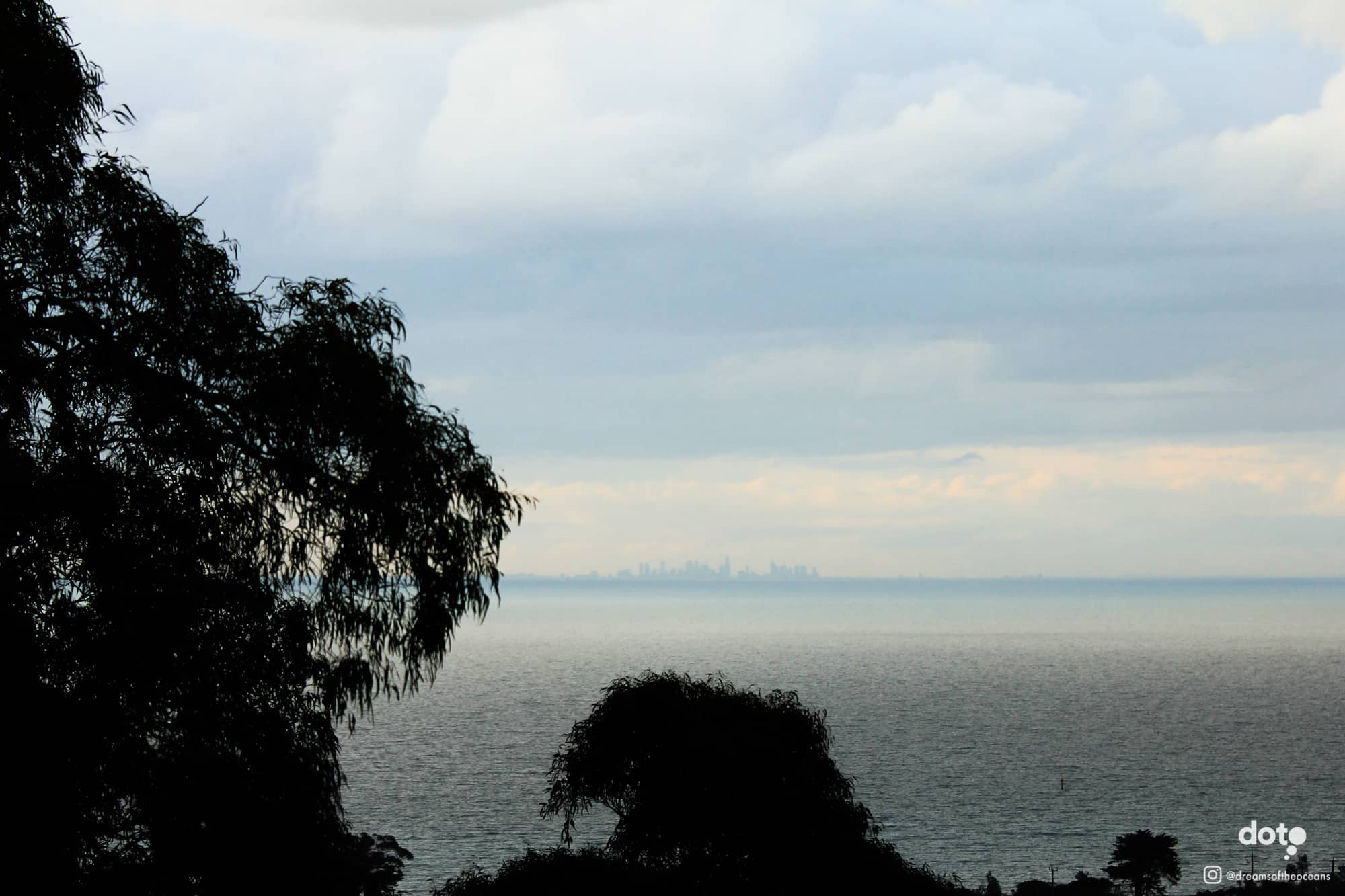 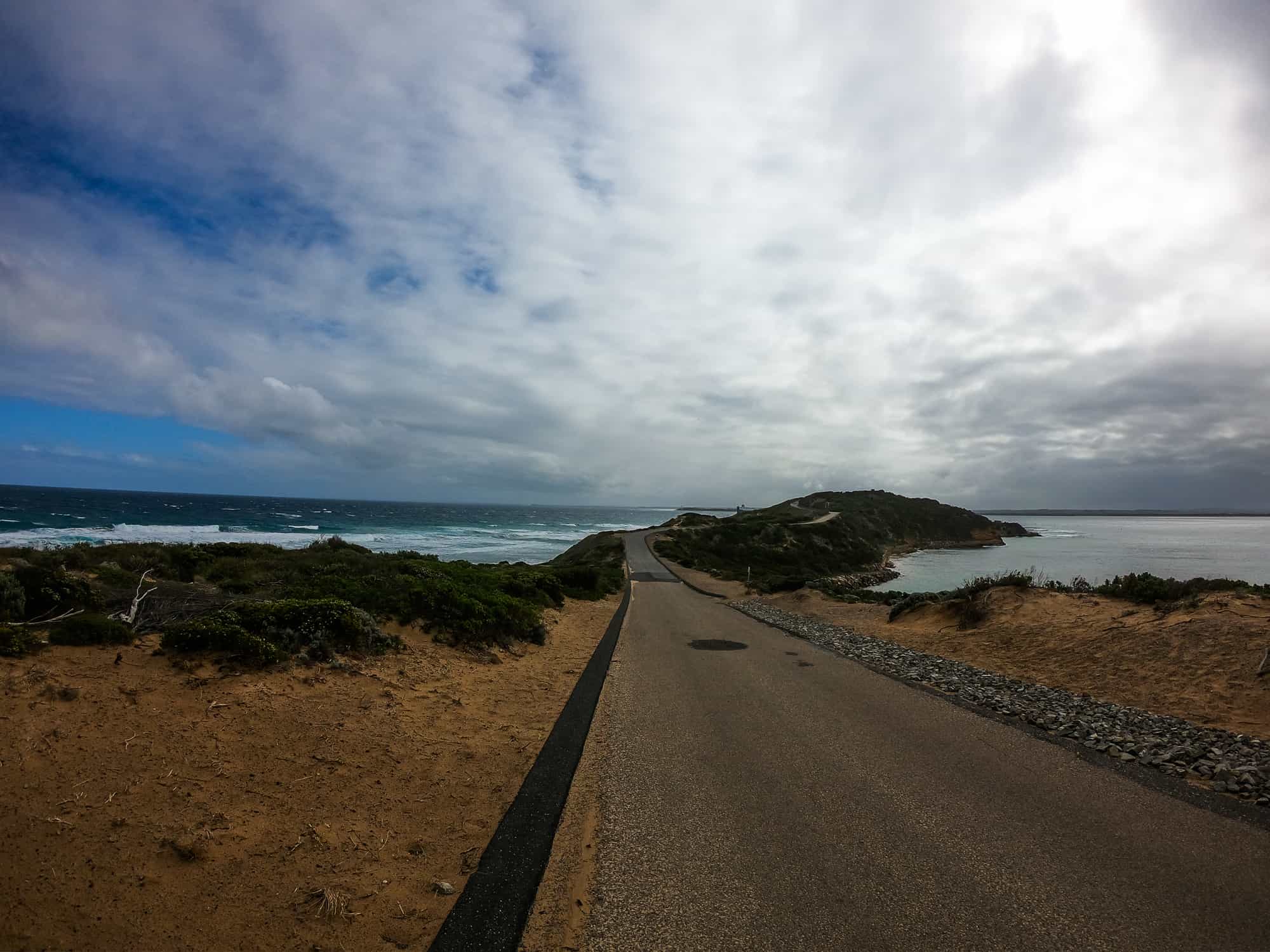 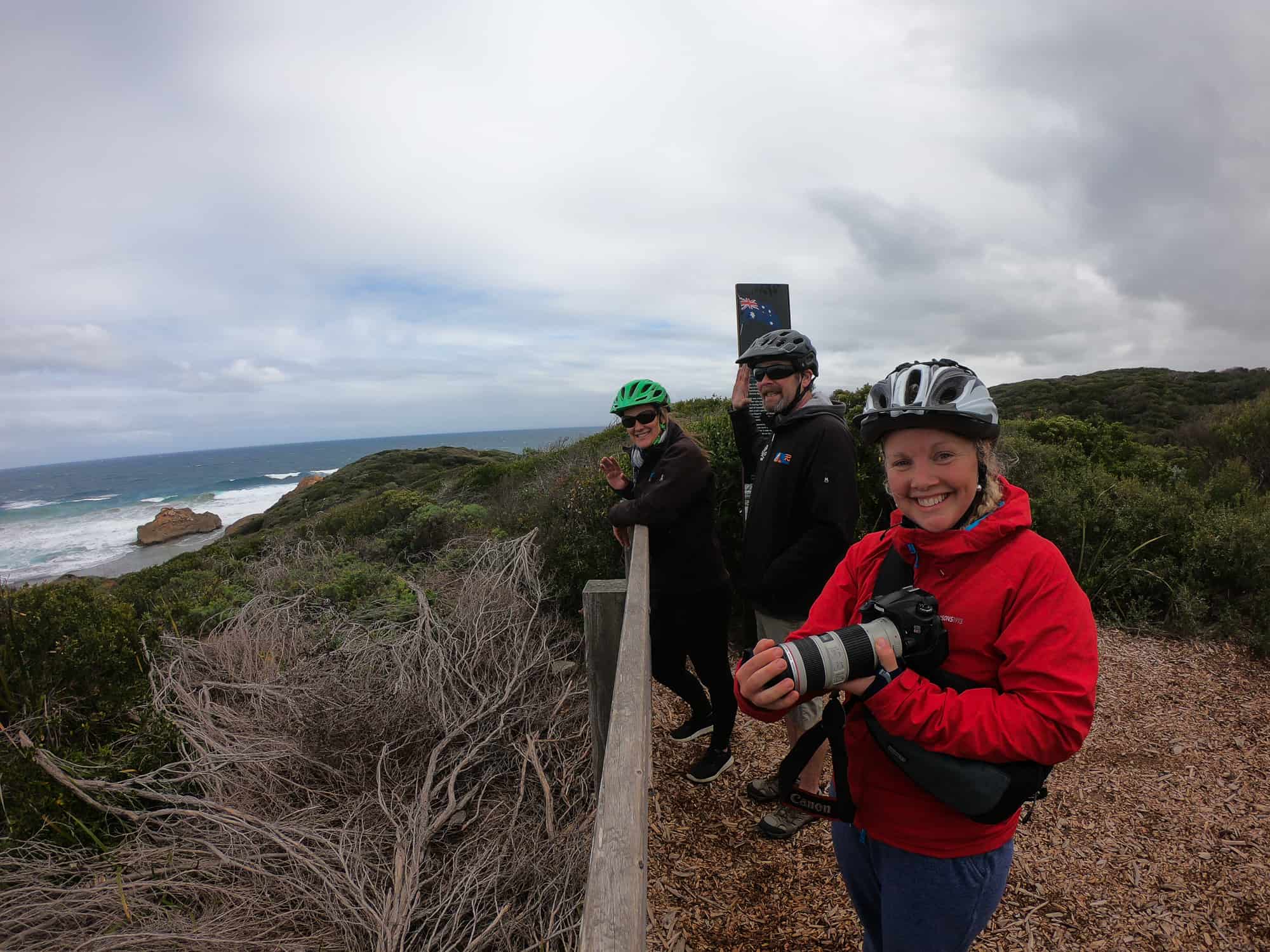 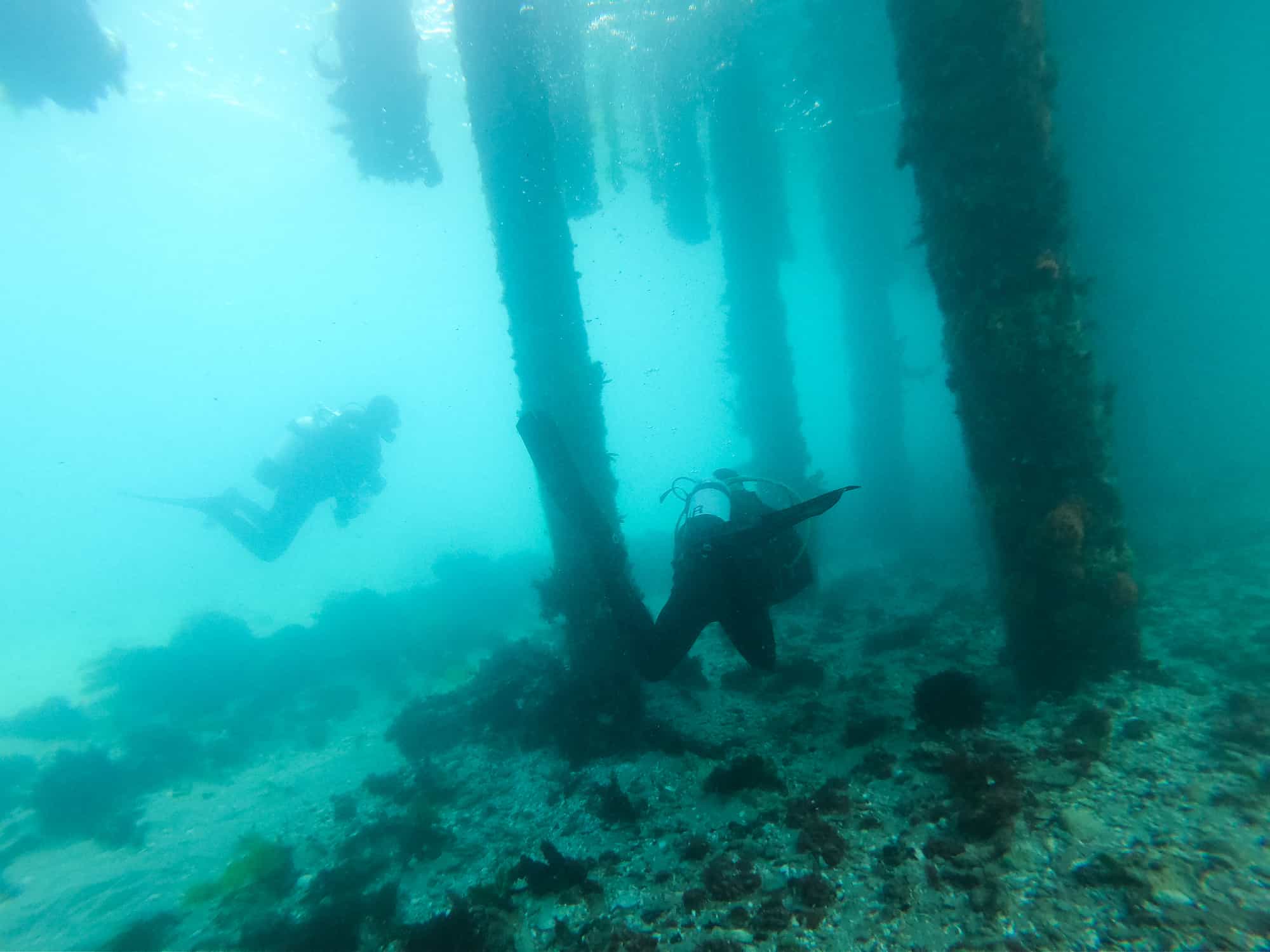 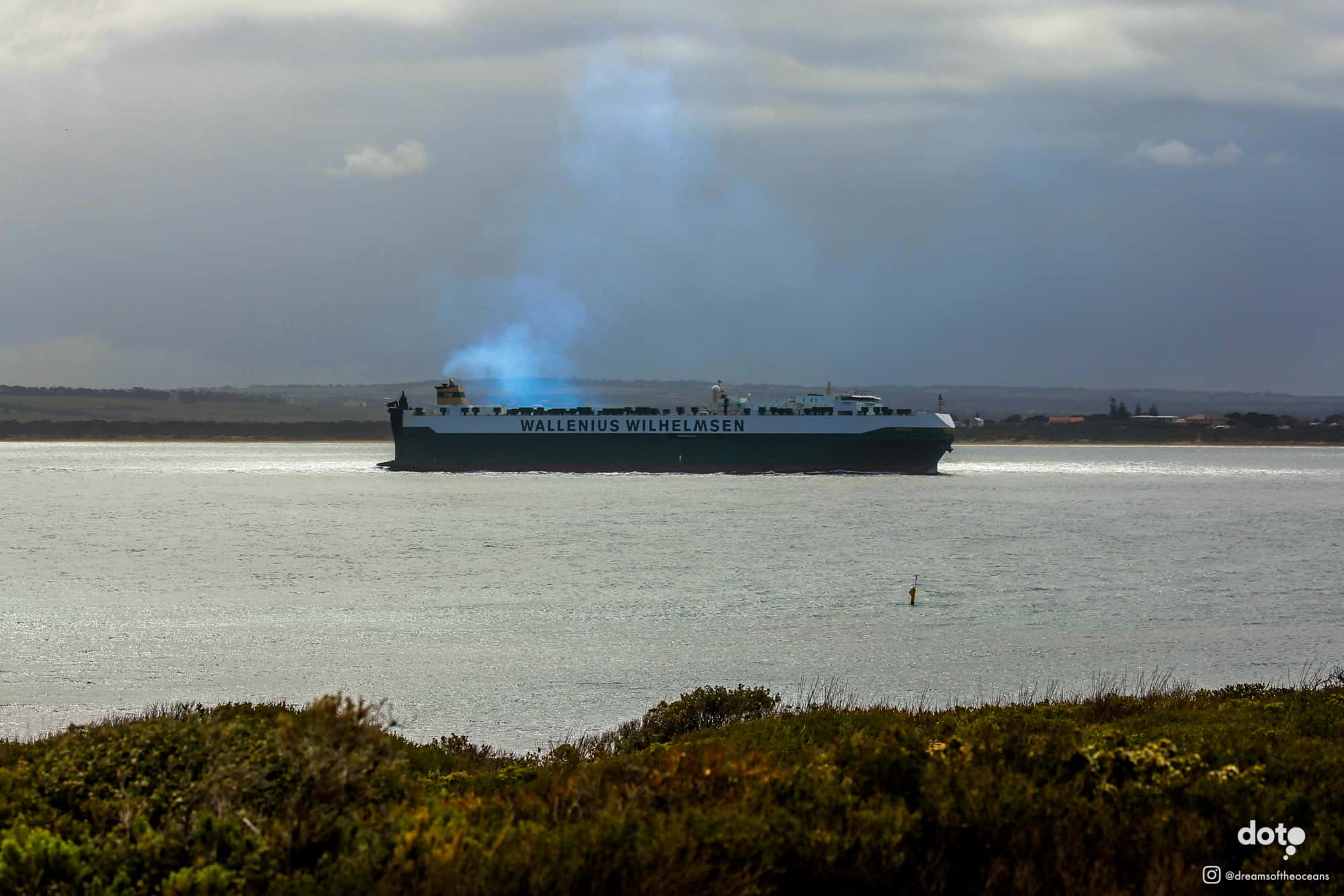 Friday the 31st of August was one of our only scheduled days during our trip down under, and the day we would fly to Melbourne to visit our new friends Jacqui and Kim. They’re diving friends of friends whom Linus met briefly during his time working for Liquid Adventures in Thailand and we got the pleasure to spend more time with them at Keith and Alex wedding in Khao Lak in April.

Arriving in Melbourne we rented a car and trying to save some Aussie dollars we set our GPS to avoid toll roads and it sent us on a route that, for our sleep deprived zombie brains, turned out to be a bit of a mission. The GPS took us pretty much straight through the city of Melbourne and with a population of 5 million city driving here was a very different experience to the lonesome roads of WA. But about 2 hours, a few gasping moments and ca 84 turns later we arrived on the other side of the city and were happily closing in on Dromana, a south eastern suburb, and the home of our friends.

We arrived mid day, and like most people Jacqui and Kim were still at work, but being stellar hosts they had left a key out for us so we could make ourselves at home and crash in bed after the long trip from Perth. After a few hours of shut eye Jacqui came home and right from the start she made us feel really welcome and over a cup of coffee we chatted and admired the stunning view from their house. It sits on a hill at the south east part of the massive Port Philips Bay and the almost 180° view of the bay with the city skyline in the middle is just ridiculous and absolutely breath taking. After another couple of hours Kim came home as well and we spent the evening on their balcony getting to know each other in front of a, to Jacqui’s horror, somewhat smokey fire partaking of some delicious food and drinks.

Jacqui and Kim are both keen mountain bikers and the next day they had a little bicycle adventure in store for us and took us on an excursion to Portsea and the Point Nepean National park at the end of the bay. After a short ride in the car we parked in the national park and got our bicycles that would take us to the tip of the bay and Fort Nepean. Fortunately for us this wasn’t any extreme biking but a very cruisy ride along the coast and up towards a spectacular view at the Fort. The Fort was used as a defensive station during the wars, and apparently had shot the first shot of both World Wars (Maybe the Melbournians are a bit more trigger happy). The weather was forecasted to be unstable the whole day but we got lucky and had sun for the most part and it felt really nice to move our bodies a bit after sitting and driving for so many days back in WA.

Our excursion lasted a couple of hours and on our way back we got a taste of a new Aussie treat for us, Potato Cakes, which are deep fried thinly sliced potatoes. They are slightly thicker than a crisp which makes them a bit gooey inside the crispy outer shell. Very naughty but utterly delicious food. We came back to their home, sun kissed and wind swept, pretty knackered, and had another evening out on their balcony, seeping in the view, company, food and bevvies again and ending a magical day in Melbourne.

Waking up the next morning Jacqui and Kim had organised the high light of our stay, to go diving together and hopefully find some Weedy Sea Dragons among the kelp along the shores and piers of their nearby waters. We had a quick breakfast and got our gear together before setting off towards Port Sea which was our planned dive site for the day. We had been there the previous day and the conditions had looked really good, but as we rocked up a big swell had crept inside the bay and was pushing through under the pier. The visibility looked good though so undeterred we suited up in the nearby dive shop and walked down to the pier. The water temperature was 12-13° so we needed 7mm wetsuits for the dive, which obviously felt a bit more cumbersome than the tropical diving we’ve got used to, but it does somehow feel more special to enter the water with the extra gear on as in the feeling of entering an alien world is greater the more gear you need.

We all descended without any hiccups and under the pier we immediately felt the rocking and rolling from the swell above our heads. Luckily we’re all experienced divers and after just a couple of minutes getting used to our equipment it was really comfortable to dive in the shallow waters. The trick with diving in surge is just to go with the flow, accepting that you can’t fight the power of the ocean and timing your movements with the motion of the ocean. Then it’s something that becomes fun and enjoyable instead of something that you have to struggle against. It does however limit the possibilities for looking for the really small stuff as you can’t really stay in exactly the same spot for long before the ocean decides to move you along again as the next wave rolls over your head.

The scenery under water was spectacular, we had about 5-10m visibility, and the light coming through the beams of the pier looked magical. We were struck by the different sponges and kelp giving colour to the pier and the bottom seemed to boast quite a lot of life even though we found a lot of old fishing lures stuck in the vegetation. About 15 minutes in to the dive Jacquie spotted the star of the show and Linus got to see his first Weedy Sea Dragon swaying among the kelp a few inches above the bottom. Linus squealed as Jacqui pointed it out to him and the rest of dive Linus was in a state of utter bliss as seeing one of these mythical creatures has been a wish of his for a very long time. During the dive we encountered 3 or 4 more of these guys, ranging from about 20-30 cm in length, and thanks to the surge we got some amazing footage of them with the GoPro. Normally the lens of these cameras, a fish eye, is terrible for trying to shoot the smaller creatures, but the Sea Dragons were big enough and surged close enough to give us some good frames.

Malin did spot an absolutely massive ray and tried her best to signal the rest of the dive crew, but Linus looked up just as it swam off and just caught a glimpse of the tail. After about 45 minutes we started to feel rather chilly and made our way back to the ladder on the pier to end our dive. As we came out of the water we noticed the swell had picked up and getting out in the swell turned out to be a but of a mission for Malin who’s cold muscles simply didn’t cooperate as gravity hit and she tried to climb out of the water. Eventually she managed to crawl out though and soon afterwards energy returned and her body was functioning again. It is such a strange feeling when your body doesn’t respond.

As we all got out of the water we noticed that the waves were now actually breaking on the beach which highlighted one of the manmade environmental issues of this area. A few years ago the local government dredged for a shipping lane in the bay which altered the coast line and the water movement in the area. The Portsea beach never had any swell at all before, and now 1-3 ft waves were crashing here, taking away the sand and removing the habitat for it’s coastline species. Sandbags have been placed to save the houses next to the shoreline, and now they’re planning on installing a break wall to try to stop the ocean from eating up more of the shore which obviously will have further implications on the nearby environment.

It just goes to show that we’re far away from understanding the consequences of our actions, and that any decision to alter our environment should be considered extremely carefully as the butterfly effect of changing one thing can have devastating effects further down the line for years to come and might destroy habitats forever. It is very inspiring to meet people like Jacqui and Kim who live and breath conservation and fight on a daily basis to protect their local community. That Jacqui educates kids on a daily basis with lectures and excursions is just another amazing thing she does to make sure this planet will stay amazing for generations to come.

After the dives we stopped for the now mandatory potato cakes and on our way home we drove all the we way up the hill and stopped at the different viewpoints that offer beautiful views of the bay. That night we got a private viewing of a very unique video of our old friends in Thailand that we’ll never forget and for certain reasons can’t give away any details of.

We can’t thank Kim and Jacqui enough for this unforgettable weekend in Melbourne and their hospitality, it felt like we had a reunion with old friends, but new, so new-old friends whom we now just adore and hope we get to see soon again. <3